Home > About Us > Executive Committee 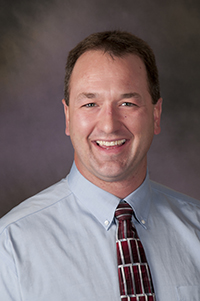 Troy moved to Laramie County with his family in 1981 and has been a resident since then.

He graduated from Seton Catholic High School in Cheyenne in 1989, Troy went on to attend Cornell University, Ithaca, NY. He was a Cornell National Scholar and a Cornell Tradition Fellow. He also played football at Cornell and was a First Team All-Ivy League Center. Troy had the extraordinary opportunity to play in the Epson-Ivy Bowl in Tokyo Japan while at Cornell.

Troy then moved back to Laramie County and went to work as an associate veterinarian at Avenues Pet Clinic.  In 1999 he purchased Tri-State Veterinary Clinic and has been a practicing veterinarian and small business owner here ever since. Troy has lectured around the country on Arthritis in Hunting Dogs for Pfizer Animal Health and has had several articles published in Pheasants Forever magazine.

He is married to Beth (McNamee) Thompson from Pine Bluffs and together they have a blended family of eight children, five of them still living at home. 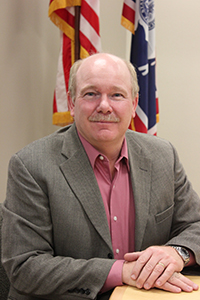 Jim Willox was 1st elected a Converse County Commissioner in November of 2006 and has been active in the WCCA ever since.  Jim served as Chairman of the WCCA Transportation Committee for the past 6 years.  He is a 4th generation Converse County resident, having grown up on the family ranch south of Douglas.  In 2001 the family sold the ranch and they “moved to town”.  Jim and his wife Tione are licensed real estate agents and own and operate T&J Maxi Storage along with several rental properties in Douglas and Casper.

Jim graduated from the University of Wyoming in December 1989 with a degree in Agriculture Business.  He has previously served as an officer of the Converse County Stockgrowers, Douglas Moose Lodge and the Douglas Board of Realtors.   He was an active member of the Wyoming Republican Party serving in several positions, culminating as State Chairman from 2003 to 2005.

Jim and Tione have 2 sons, Bo who lives and works in Lander, and James who is a Sophomore at the University of Wyoming. 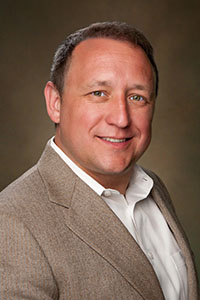 Bill is a fourth generation Johnson County native.  He was elected to the County Commission in 2014, reelected in 2018 and has served as the Chairman from 2016 to present.

Novotny holds a BA in International Relations with methods in Agri-Business Management from Michigan State University and completed an externship with APPICO HITECH in Bangkok, Thailand. He also holds a MA in National Security Strategic Studies from the United States Naval War College and studied Civil Military Relations at the National Defense University.

Novotny interned for the late U.S. Craig Thomas and worked as a Research Assistant for U.S. Senator Mike Enzi from 2003-2007.

In 2017, he was a American Council of Young Political Leaders (ACYPL) delegate to China and in 2018 completed a Leadership Cohort with the American Enterprise Institute.

Active within the WCCA, Novotny previously chaired the Revenue Committee and received the 2018 Riding for the Brand Award.